202087 minEjtemaei, Khanevadegi
+ Playlist
Sign in to add this movie to a playlist.
+1

Reza is the bearer of gold. His job is to deliver gold and jewelry from the workshop to the shop. One day he is robbed on the way and he has to pay compensation. He gets help from his friend Louis, but the fluctuations in the Tehran market make his situation worse…. In this film, Saeed Agakhani, Omid Rouhani, Jaleh Sameti, Hassan Zahedi, Alireza Mehran, Payam Ahmadinia, Lotfollah Seifi are artists. “Gold Carrier” is a film in the drama genre produced in 1397. Touraj Aslani’s second film was nominated for Best Picture at the 37th Fajr Film Festival, and was also screened at the 7th Duhok International Film Festival in Iraqi Kurdistan, where he won the “New Talent” award. Actors such as Saeed Agakhani, Omid Rouhani, Jaleh Sameti and… have played roles in carrying gold. The film tells the story of a worker named Reza whose job is to deliver gold from the workshop to the shop. One day, Reza is robbed and this is the beginning of the adventure…. Actors:

Be the first to review “Hammal Tala” Cancel reply 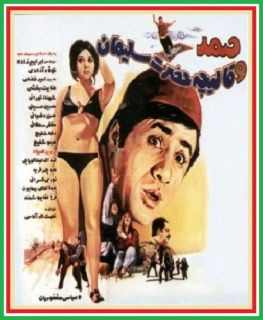