In the summary of the story of the attack on H3 in 1980, the Iraqi Air Force headquarters, which has faced Iranian air superiority since the beginning of the war and predicts the imminent breaking of the siege of Abadan, decides to protect its strategic planes. Transfer to three very remote bases near the Jordanian border. In March of the same year, the Iranian Air Force headquarters, in extraordinary meetings, presented a plan to bomb these three bases, which were designated as H3 bases. At first, the plan seemed impossible and impractical, but in the end, it was a bold plan. And Benazir is offered, and then at the dawn of April 6, 1981, eight Iranian bombers fly to attack H3… About Operation H3: Operation H3, of which as an attack on H3 It is also mentioned that it was one of the most important air operations in the Iran-Iraq war. This operation is known as one of the largest air operations in the world, which is registered under the name of phantoms. During this operation, on April 4, 1981, the phantoms of the Iranian Air Force bombed and destroyed Al-Waleed Air Base (H3 Air Bases) in the westernmost point of Iraq, on the border between Iraq and Jordan. The operation destroyed more than 48 Iraqi aircraft, most of them Russian bombers (MiG-23, Sukhoi 20, Tepolov 16, Tepolov 22).

Be the first to review “Hamle Be H3” Cancel reply 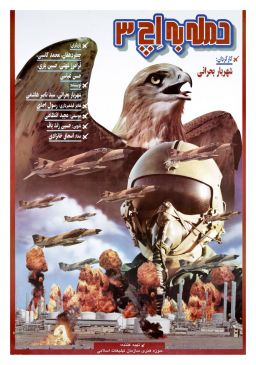