201090 minComedy, Fantasy, Ghadimi
+ Playlist
Sign in to add this movie to a playlist.
0

The film narrates a young couple who, despite a romantic marriage, end up in a hostile divorce, and in the meantime, many people are exposed to the story. Excerpts from the movie Detective Trend are set in Poirot-style games, with Mehran Modiri on one side and Habib Rezaei on the other, to find out who Peri Talatpour is. And it continues tastelessly and the audience itself realizes who the hidden character with the pseudonym Peri Talatpour is and the audience does not put much pressure on him to find out who the person in question is and is eager to find him. Games are good; Habib Rezaei usually plays in the same style and context and Golshifteh is not Golshifteh boutique or about Eli. Perhaps the two winners of the film are Mehran Modiri and Reza Kianian, the former of whom has created a team that attracts you and certainly speaks a few dialogues that can be included in the list of the best dialogues in the history of cinema. The second Reza Kianian plays very well and the single and golden sequence of the film can really make you laugh. 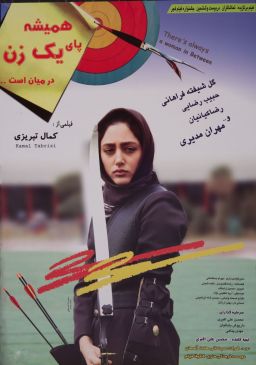