198299 minComedy, Drama, Ghadimi, Tarikhi
+ Playlist
Sign in to add this movie to a playlist.
0

In 1306 AH, Haj Husseinghli Khan Nouri Sadr al-Saltanah, by Nasser al-Din Shah, as the first ambassador of Iran to the United States of America, along with his translator Mirza Mahmoud, left for that land. On the orders of Husseinghli Khan, who enjoyed meeting with the then US Secretary of State and President, a large building was rented as an embassy and several servants were hired. Husainqali Khan and his translator move from the Paradise Hotel. Mirza Mahmoud, who actually accompanied the ambassador to study medicine, leaves Haj Husseinghli Khan, who has no clients at the embassy, ​​and goes to university. Gradually, the embassy budget was cut and Haji was forced to fire the servants.

Be the first to review “Haji Washington” Cancel reply 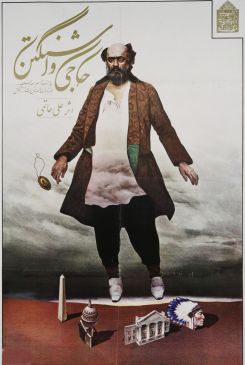