201292 minComedy, Khanevadegi
+ Playlist
Sign in to add this movie to a playlist.
0

The Story of a Mind Report is about a man with two wives, one of whom comes from a wealthy family and the other from an ordinary family. During the events, a woman’s sister and another woman’s brother get to know each other, and the issue of her being a woman is exposed. At the same time, a wandering spirit tries not to reveal this secret, but in this telefilm, Ali Qayyumi plays the role of a man with two wives, Mohsen Ghazi Moradi plays the role of a ghost, and also Saifullah Namdari, Elahe Khoshkam, Soheila Hadizadeh, Reza Bina, Sanaz. Niknam and Morteza Reyhani will play roles in this film trap. 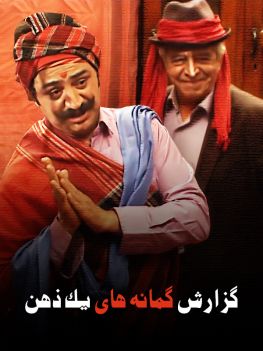