197297 minDrama, Ejtemaei, Family, Ghadimi
+ Playlist
Sign in to add this movie to a playlist.
0

Wolf Disgust: Wolf Disgust: A blacksmith and his wife, Gol Andam, cultivate and live on a plot of land far from the village. In order to seize the land of the blacksmith with the help of his agents, Bek Khan rumored that the blacksmith did not enter into a legal marriage and provoked the anger of the villagers towards them. Except for a young man named Mahmoudi and a naughty girl named Maryam, the people reject them and hinder their business and life. The limbs are full of limbs, and at night the locals and Beyk Khan refuse to help him, and drive the blacksmith away. When the blacksmith returns to his house, he is confronted with the limbs of the limbs and sees that Mary hairs on the corpse.

Be the first to review “Gorge Bizar” Cancel reply 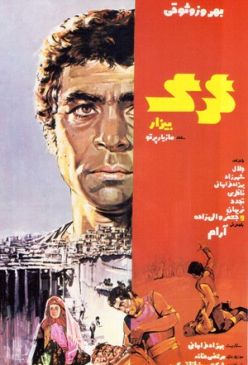