198888 minEjtemaei, Ghadimi, Teenage
+ Playlist
Sign in to add this movie to a playlist.
0

Golnar lives with her grandparents. One day he goes to the spring to fetch water. The wind carries her blue handkerchief, which is a relic of her mother. He goes to the forest in search of a handkerchief and gets lost and gets caught by Aunt Bear. The bears keep him in front of them for daily chores and baking cookies. Grandparents look for him with the help of the locals, but they do not find him. About the Director: Kambozia Partovi is one of the prominent screenwriters and directors of Iranian cinema and television who has four Crystal Simorghs for the best screenplay in his repertoire and has won numerous foreign awards. And has been internalized. Although Cambodia sees himself as both a director and a writer, he has clearly been more successful in screenwriting and has been praised more than directing.

Be the first to review “Golnar Iranian Movie” Cancel reply 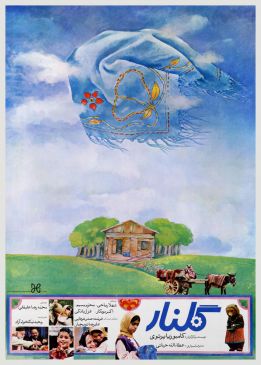