Golgo 13: The story of a professional assassin who is hired and sent to Iran to kill the leader of a mafia group. Golgo 13 is a 1972 film directed by Junia Sato and produced jointly by Japan. And it is Iran. For more than three decades, Rai, one of Japan’s most famous fictional characters, has been a meticulously executed assassin who earns a cool million for a job. The Duke of Togo, aka Golgo 13, has been used by business leaders, presidents, criminals and religious leaders, and even rumors that he has been contracted are sometimes enough to achieve his goal. Actors Ken Takakura Pouri Banai (as an agent with the killer) Nosrat Karimi (as the leader of the opposition gang) but Shirandami Jalal Pishvaian (dirty people) Dariush Asadzadeh (cabaret manager) Ahmad Qadakchian (Iranian mafia gang leader) Jaleh Sam (Iranian gang leader’s mistress )

Be the first to review “Golgo Iranian Movie” Cancel reply 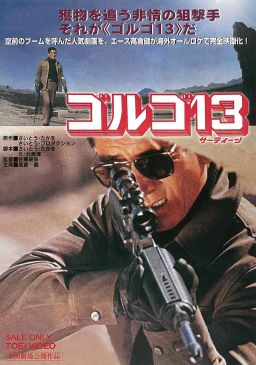