Gita is Matin’s mother and she is very attached to him. He and his wife Amir have preoccupations with their simple lives. Two or three years after his son Matin went abroad, Gita is still very homesick and cannot stay away from him. Regardless of all their simple measures and pleasures, the fate of complex and unexpected changes is decided for them. After the incident that happens to Matin, Gita tries to deal with this issue, but over time, he realizes new facts. .. Merila Zarei, who is remembered by most Iranian cinema audiences today with “Sheyar 143”, is the lead actress in the film. Hamidreza Azarang, who has been more active in cinema in the last two years after many years in the theater, is also one of the actors in the film. Behnaz Jafari Parkar is also present in the film.

Be the first to review “GitaIranian Movie” Cancel reply 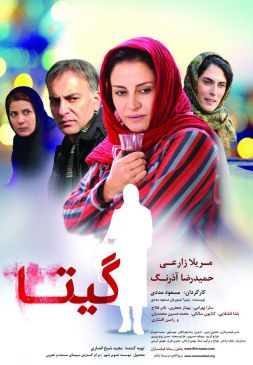