The president is scheduled to visit a small town (Jarov) where it is not clear where Iran is located. Because of this, most people in the city start writing letters to the president, explaining their problems in the letter. The story begins where the cabinet and officials go after visiting the city and a shipment of letters arrives at the governor’s office after the president and his entourage leave, and since the president is scheduled to return to Tehran by airport on the same day, the letters must be sent as soon as possible. Reach the President. Haj Samad (Saeed Rad), a local driver, is accidentally assigned to do this. In the meantime, an influential person obstructs the arrival of letters because his personal interests are endangered when the letters reach the President… Awards: Diploma of Honor for Best Actor in a New Look (Saeed Rad) at the 30th Fajr Film Festival.

Be the first to review “Girandeh” Cancel reply 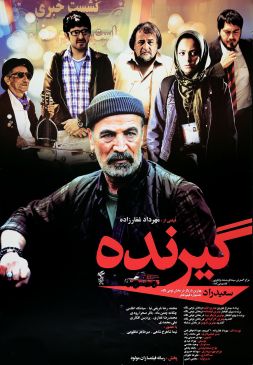