1970Drama, Ghadimi
+ Playlist
Sign in to add this movie to a playlist.
0

Episode: Destroyed by a terrible urban earthquake. A rich father loses his two sons, as well as his wife, who are actually alive but unaware of each other. Years later, one of the boys becomes a lawyer who lives with his mother, and the other boy becomes a thief who works for a criminal gang. A father who works as a lawyer is looking for his son everywhere. The swindler, who wanted to make a fortune, deceitfully introduced himself as his son and was a thief with his real son and worked in the same criminal gang. Once, the same thief’s son, who was in fact the real son of the man who did not know, with the fake boy who had pretended to be the real son of the man, tried to rob his father’s house, and in this incident, he got into a fight in which the fake boy was killed. In court, the father goes to trial against his son, who did not know each other.

Be the first to review “Ghesmat Iranian Movie” Cancel reply 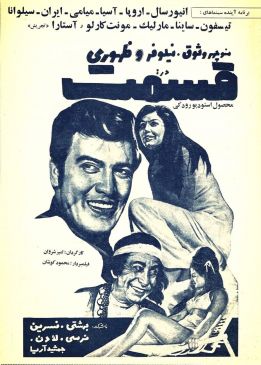