This film is the life story of different people in the Iranian society, each of whom has been involved in life problems in different ways. About the director: He was born in 1333 in Tehran and graduated from the Faculty of Dramatic Arts in Tehran with a degree in cinema directing. He started his career in 1973 as a secretary on television, but some time later he started documenting and in 1987 he directed his first feature film called “Out of Bounds”. In the following years, Bani-Etemad became one of the most successful Iranian directors after the Islamic Revolution and directed films such as “Under the Skin of the City”, “Blue Scarf” and “Blood Game”, all of which were successful works of cinema.

Be the first to review “Gheseha Iranian Movie” Cancel reply 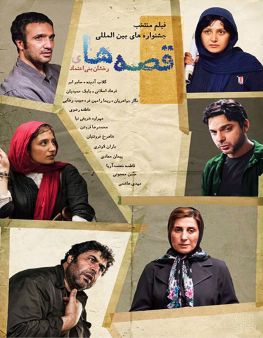