Hajj Agha Dr. Jalal Soroush (Parviz Parastavi), a successful private sector entrepreneur, decides to expose the betrayals of Pissarro, a mafia of power and wealth. Siavash Motlagh (Amir Jadidi) and Ahmad Kia (Hamidreza Azarang) are the adopted children of Soroush, and Siavash is not only the most trusted person in Soroush, but also the daughter of Mahtab (Pegah Ahangrani), his daughter; But Mahtab has an emotional relationship with Bahman (Polad Kimiaei), a pop singer. The closure of the concerts is the scope of the economic disputes between Soroush and Pisaro’s company, a penalty that not only those around him but all the people have to pay. “Domestic Killer” from the first days of screening at the Fajr Film Festival was accompanied by many side effects. Margins that were related to the intense verbal conflicts between the producer and the director, and the culmination of which was the press conference of this film in the festival palace, which ended with the wars and controversies of Mansour Lashkari Ghouchani and Masoud Kimiaei.

Be the first to review “Ghatel Ahli” Cancel reply 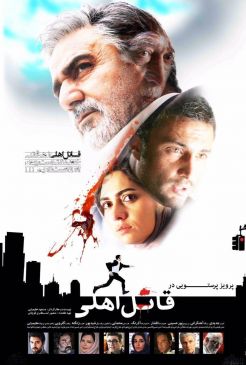