Gharibeh movie: In the summary of Gharibeh story, Qasem (Behrouz Vosoughi) goes to his friend Abbas (Parviz Fanizadeh) after leaving prison. Qasim, after getting involved with the man who caused his arrest, encounters a girl named Zari (Negar) who is the daughter of a wealthy man. Qasim, who knows that Zari’s father will not agree to marry him and his daughter, arranges for Zari to leave the city with the help of a laundry woman named Aqdas (Diana). Qasim, with the help of Abbas, escapes to Tehran with Zari. At the coffee shop in the middle of the road, Zari reverses his decision and insists on Qasim returning him to his home. A driver named Mehdi (Ahmad Moeini) and Qahvehchi are suspicious of them. Qasim defeats the two in a lawsuit, and after arriving in Tehran, they live in an inn with Zari.

Be the first to review “Gharibeh” Cancel reply 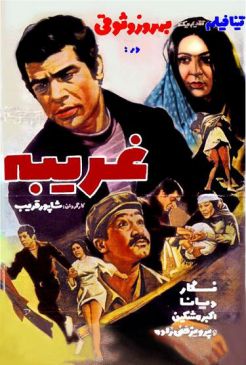