It tells the story of a taxi driver named Arjang who, with each passenger boarding, experiences strange things that lead to an identity crisis. Actors: Sirus Georgiani, Arjang Amirfazli, Amir Ghaffarmanesh, Khosrow Ahmadi, Reza Banafshehkhah, Ali Abolhassani, Alireza Aladin, Fereshteh Golriz, Ali Barghi, Mojtaba Saadabadi, Mostafa Khodabandeh Lou, Payam Mohtashami, Majid Kouchaki, Neda Ghorbanian, Seda Ghorbanian. This film is directed by Faraj Aladdin and was made in 2014. Aladdin has starred in the TV series “Suspicious”, “Best Opportunity”, “Cheating”, “Occasion” and.. He also wrote the series “Petals and Seven Colors” and “It Was Not supposed to be like this” is his first directing experience. The film is set to air on television and on the home theater network. Other main factors are: lighting and cinematography director: Ebrahim Roozbehani, sound engineer:

Be the first to review “Gharar Nabud Injoori She” Cancel reply 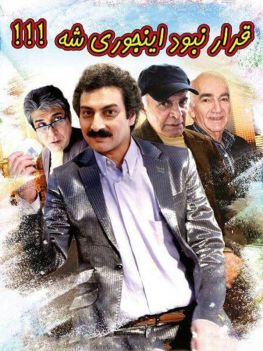