In the synopsis of the movie The White Heart of the Dandelions, the beginning of the war is accompanied by the birth of a little girl who carries a bomb on her head when she dies and loses her parents. She shaves her head and changes her identity, but enduring the problems of war makes her a perfect, big and lasting woman. Ali Ruyintan: The White Heart of the Dandelions tells the story of two teenagers who grow up during the events of Khorramshahr; Some films create culture and some use culture; This film is mediocre, but important. He continued: This film was released in less than a week, one chance and at 11 o’clock in the morning, and finally sold for 86 thousand Tomans; The white heart agents of dandelions are 200 people, and if the same number went to watch it, the sales figure would be much higher than this; These people did not even get a chance to watch their own movie. Ruyintan added: Hence, I declare that if the value cinema, especially the sacred defense, is not taken into account, what happened to the white heart of the dandelions will be repeated for other films; Now our children’s cinema is almost gone and the sacred defense cinema is disappearing; It is necessary to think about this kind of cinema. 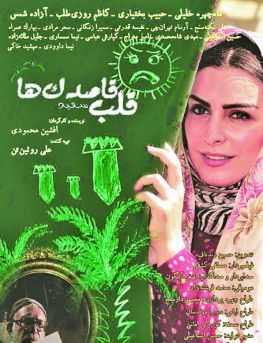