In the summary of the vortex story, after the death of Bahram, Homayoun’s best friend, it is stated in his will that he gave all his inheritance to Homayoun’s son, this makes Homayoun doubtful, and… About the director: Hassan Hedayat, writer of cinema and It is Iranian television. Among the most important works of Hassan Hedayat, we can mention his activities in the series Last Opportunity, Film Train and Film Whirlpool. Hassan Hedayat started his career in cinema and in 1982 he worked as a director in the movie Peak Jangal. Although the success of this work was not more than its next landmark works such as the series Last Chance, but it is a good experience for Hassan Hedayat and he experienced collaborations with artists such as Reza Javan, Alireza Darvishnejad, Iraj Sarbaz and Rouhangiz Mohtadi. Hedayat spent a period of hard work in the field of cinema and television in 1995 and has been involved in the production of important works.

Be the first to review “Gerdab Iranian Movie” Cancel reply 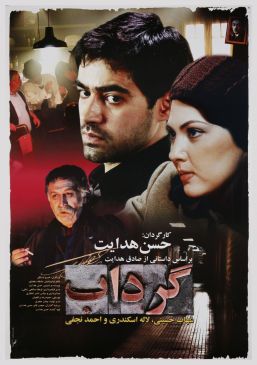