Pig Gene film is about two prisoners named Emad Garbeh (Sina Mehrad) and Agha Reza (Hadi Hejazifar). Mr. Reza is commissioned by one of the nobles named Roozbeh (Behrang Alavi) in exchange for a large sum of money to release Emad from prison. Roozbeh wants to submerge Emad’s head, which is the result of his father’s concubine marriage, so that his father’s inheritance does not pass to him. This film deals with the weak and strong strata of society, especially the Aghazadehs, and is an allusion to one of the Aghazadehs’ comments about the good gene that recently caused a great deal of controversy in cyberspace. About the Director: Saeed Soheili is an Iranian film and television writer. Among the most important works of Saeed Soheili, we can mention his activities in Patrol 2, Patrol Guidance and Charchangoli. He started his career in cinema and in 1996 he worked as a writer in the film Sandstorm directed by Javad Shamqadari. Although the success of this work was not more than his next landmark works such as Patrol 2, but it is a good experience for Saeed Soheili and he experienced collaboration with artists such as Seyed Ahmad Najafi, Firooz Behjat Mohammadi, Hossein Ansari and Mahshid Afsharzadeh. He also spent a lot of time in the field of cinema and television in 2016 and has been involved in the production of important works. Saeed Soheili’s important work this year is his activity in the film Patrol 2 directed by Saeed Soheili.

Be the first to review “Gene Khuk” Cancel reply 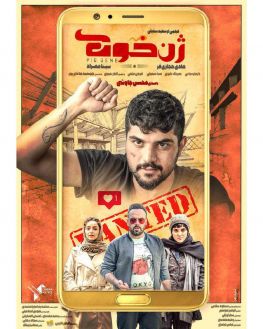