2014Ejtemaei, Khanevadegi
+ Playlist
Sign in to add this movie to a playlist.
0

An Iranian worker with mental imbalance clashes with an Afghan worker. Following this conflict, the Iranian worker faces a heavy fine and is in a dangerous situation. ید Saeed Dolatkhani Writer of the screenplays “My Sin”, “Quarantine” , “Someone wants to talk to you” and ،, he has written a number of screenplays for several TV movies. “Wounded Cow”, his first directing experience, has been screened in “Art and Experience” group for some time. Dolatkhani provided a note and made some remarks about the film. “I have applied for directing twice,” the memo said. Considering that the only example of my work – which is the movie “Wounded Cow” – has received a good grade, but because I do not have an assistant background and my degree is a diploma in humanities and I have not received any awards, I have not received the necessary points and still I have not been licensed to direct. Meanwhile, I have a producer for my second film! I have managed to make my first film without having a sample of work and due to the background of screenwriting and the quality of the screenplay of “Wounded Cow” and the kindness and trust of Mr. Seyed Amir Seyedzadeh, and now this film has been screened and can be judged.

Be the first to review “Gave Zakhmi” Cancel reply 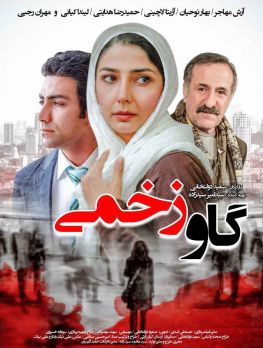