The movie “Cow of All Hope” is the life of Mash Hassan, the only cow he has in his barn, and in addition to his family’s livelihood, he also benefits the villagers. All these issues have made Mash Hassan have a special attachment to this cow. But on the day that Mash Hassan went to the city, the cow died of unknown causes, and the villagers, with the consent of Mash Hassan’s wife, threw the cow’s body into the village well, and when Mash Hassan returned, they pretended that the cow had fled, but he did not believe it. The village has been killed. From then on, he changed his mind and considered himself a cow. The efforts and advice of the elders and elders of the village will not work and finally Kadkhoda and Mash Islam decide to take him to the city for treatment; But in the middle of the road, Mash Hassan escapes and falls in the valleys and suffers the fate of a cow. ________ Awards ________ Best Film Award at the 1994 La Rochelle International Film Festival Special Jury Prize at the 1972 Berlin International Film Festival Nominated for Hugo Golden at the 1971 Chicago International Film Festival Winner at the 1971 Venice Film Festival پر Winner Award for Best Film at the Ministry of Culture and Arts Award 1349 Cinema Sepas 1348 ________ Streaming and Comments ________ Cow is one of the few new wave films in Iranian cinema. Ehsan Naraghi reports that Mohammad Reza Pahlavi personally saw the film Cow and received its message. Cinema critic Houshang Kavousi, in his critique of the film, described it as “a masterpiece in one step.” Giovanni Raboni, a critic of the Owner newspaper, also called the cow the rediscovery of Iran, which he wrote about despite the lack of brochures and subtitles: “Good cinematography, conscious lighting, and precise mezzanines could all have evoked the film’s emotional and sometimes highly philosophical theme.” “The Venice Film Festival introduces Iran,” Le Monde wrote in an article after the success of The Cow at the Venice Film Festival. “The voice of Iranian cinema is heard for the first time, and with it the voice of film director Dariush Mehrjoui, who has a perfect style, so that it diminishes the works of the Japanese Kuro Sawa and the Indian Satyachitra.” The film was also acclaimed by Lucino Visconti, Vittorio D’Sica and Federico Fellini.

Be the first to review “Gav Iranian Movie” Cancel reply 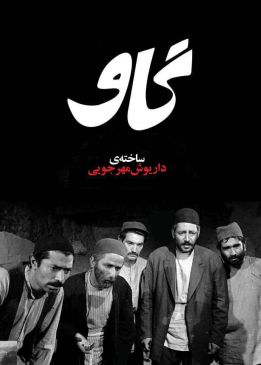