The story of Suspended Steps is about a girl named Lily who goes to Tehran to continue her education. Her sister lives in Tehran and her name is Shadow. She came to her sister. Her sister Shadow is a radio presenter and she says she can take care of Shadow. He is very busy in his work and he is very busy and he has less time to take care of Lily and he does not have much time to give his time to Lily. For some time now, the shadow has noticed that Lily is acquainted with a boy named Shahrokh. Has been. But the shadow is opposed to such acquaintances who meet on the street and does not accept it at all, that is why he treats Lily hard and this is the beginning of a new story… About the director: Shahram Shah Hosseini is the director of Iranian cinema and television. One of the most important works of Shahram Shah Hosseini is directing the series “Eight and a half min”, “Everything is there” and the series “Nurses” (season two). 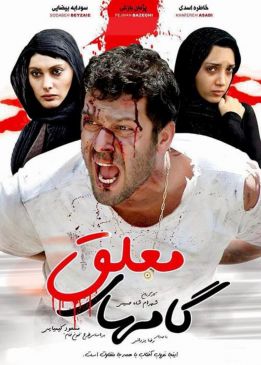