201675 minKhanevadegi
+ Playlist
Sign in to add this movie to a playlist.
0

The story of this film is about three Iranian couples who face tragedy at the end of their presence at a party. Sometimes it is the story of three couples who used to be friends at university. Now, after a long time, one of the couples gathers in a villa outside the city. The landlord is supposed to surprise others, but this surprise causes a tragedy at the end of the story. The film sometimes features actors such as Fariborz Arabnia, Andisheh Fooladvand, Mehdi Pakdel, Azadeh Samadi, Iman Afsharian and Atefeh Nouri. The producer of “Sometimes” referring to the difficulties of making a film in Iranian cinema said: “A producer in Iranian cinema is like someone in Protects the film and its agents from the cold and troubles. Poor Kian continued: It is better not to poison the space and pay attention to the thought and thinking behind each film. Anyone who sees “sometimes” has a positive effect on them, this is how I realize my capital has not been wasted.

Be the first to review “Gahi Iranian Movie” Cancel reply 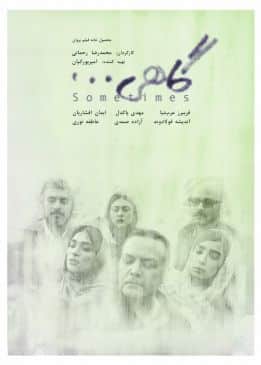