200893 minEjtemaei, Ghadimi
+ Playlist
Sign in to add this movie to a playlist.
0

Landing in exile: Landing because he quit his job and saved the angel from suicide, he was fired and in the middle of the night he sees a six-year-old child behind his house and after reading the letter and seeing the documents, he realizes that the child It is his own child from his failed life in Germany, where his German mother was forced to return the child to the landing due to her incurable disease. Forud, who is both looking for work and having children, suddenly realizes that his child has heart disease and realizes that he has to pay a lot of money for his treatment. He fails to provide such a sum, but he is determined to save his son from certain death by all means, and inevitably takes up arms. Saeed Asadi is the director of Iranian cinema and television. Among the most important works of Saeed Asadi, we can mention directing the guest film, Ekbatan series and the song Swan Song.

Be the first to review “Forud Dar Ghorbat” Cancel reply 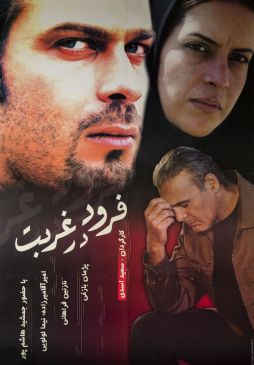