The film Ranger Morteza, an Iranian fighter, is captured after a clash with Iraqi forces in a forest in Iraq. The commander of the Iraqi forces, Sami Jaber, orders that he be transferred to an abandoned camp away from the Red Cross. The conditions in the camp are very bad and the prisoners are divided into several groups. He intends to flee the camp and discusses the matter with others, but most of the prisoners oppose his plan. Saeed, the camp’s chief, tells him that he can carry out his escape plan only if he takes the complete list of Iranian prisoners with him to Iran. In order to carry out his plan, he behaves in such a way that the Iraqis are forced to imprison him in solitary confinement. Then, at an opportune moment, after injuring the prison guard, he hides under a truck that is about to leave the camp and escapes from the camp. Iraqi forces learn of his escape, and a chase begins between Morteza and Iraqi forces. Meanwhile, Iranian forces find out by radio that Morteza is coming to Iran and prepare for his arrival. There is a fierce clash on the Iranian-Iraqi border, and while Morteza is still being pursued by Iraqi forces, an Iranian helicopter intervenes to rescue Morteza and save him.

Be the first to review “Fime Sinamai Renger 1978” Cancel reply 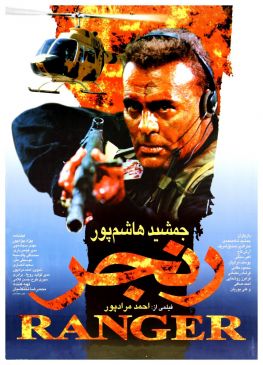