This film is about a girl who comes to Tehran from the city and tries to take a souvenir photo with a “Ferrari” car worth nine and a half billion and gets involved in adventures. Alireza Davoudnejad’s twentieth film “Ferrari” is in the Simorgh Soda section of the 35th Fajr Film Festival. “Ferrari” is a social film that, according to its creators, strikes the heart of the city with the approach of pathology of society and different strata and the factors of false narcissism and the mismatch of life between different spectrums with its hero Golnar. Mohsen Tanabandeh and Terlan Parvaneh are the main actors in this film. Alireza Davoudnejad has previously directed the films “Snake Oil”, “Acting Class”, “Ointment” and 2. Jahangir Kowsari, producer of “Ferrari”: “In my opinion,” Ferrari “is the best film of Alireza Davoodnejad.”

Be the first to review “Ferrari Iranian Movie” Cancel reply 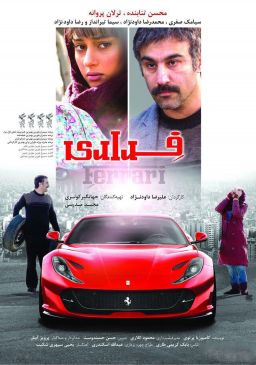