The film Angels Come Together is the story of a young cleric named Ahmed, who lives with his wife Leila in poverty while having three children at the same time. Hamed Mohammadi is a writer in Iranian cinema and television. Among the most important works of Hamed Mohammadi, we can mention his activities in the film Pond of Painting, the film of Gold and Copper and the film of Oxidant. He started his professional career in cinema and in 2009 he worked as a writer in the film Gold and Copper directed by Homayoun Asadian. Although the success of this work was not more than his next landmark works such as the painting Pond, but it is a good experience for Hamed Mohammadi and he collaborated with artists such as Behrouz Shoaib, Negar Javaherian, Sahar Dolatshahi and Reza Radmanesh. He also spent a lot of time in the field of cinema and television in 2012 and has been involved in the production of important works. Hamed Mohammadi’s most important work this year is his work in the film Painting Pond directed by Maziar Miri.

Be the first to review “Fereshteha Baham Miayand” Cancel reply 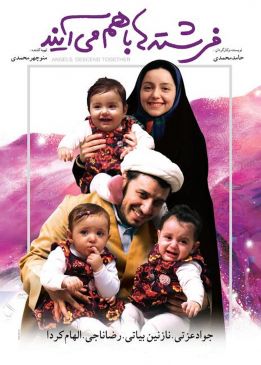