In the social genre, the film tells a hopeful story in a different way with a humanitarian perspective. The story of this film is the story of two women taxi drivers, an actor, a music teacher and other characters. During the film, the audience sees the story nodes of each of these characters that are narrated in parallel. In this film, full of locations and actors, he was able to Properly pay the characters to tell a fun story using cinematic techniques that sit well with the audience and communicate with them. The Azerbaijani feminist approach, which was also seen in her first film, is more subtle here. Unlike filmmakers such as Tahmineh Milani and Rakhshan Bani-Etemad, Azerbaijanis follow a late feminist approach and instead of fighting for equality between men and women, it sends the message of equal rights for both, a theme that also manifests itself in the underlying layers of her latest work; But “Narcissus Season” is not a female film, unlike the mirrors in front of it and what it looks like at the beginning of the film. “Narcissus Season” talks about social problems from a cultural perspective and addresses all classes and individuals of a society.

Be the first to review “Fasle Narges” Cancel reply 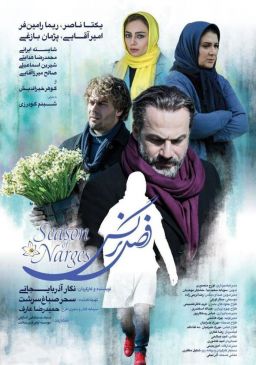