A teenage boy experiences a new life on the eve of his parents’ separation. This simple life, lived in solitude and long wanderings, forces him to make new choices… The season of monsoon rains by Majid Barzegar, who has made three feature films so far. After the monsoon season, he made “Parviz”, which attracted a lot of attention and was an international success in several foreign festivals. His first film, of course, won the first best film award at its first screening at the Fajr Festival. His third film, “A Quite Ordinary Citizen,” was also screened at last year’s Fajr Festival. “Monsoon Season” is a film about fear. A teenager’s fear of entering a society that does not care about his or her individuality. Fear of the horrible loneliness that has been prepared for him and fear of the formless masses that surround him.

Be the first to review “Fasle Baranhaye Mosemi” Cancel reply 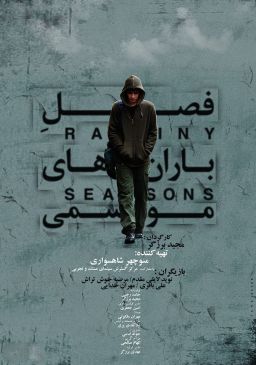