2003105 minComedy, Ghadimi, Khanevadegi
+ Playlist
Sign in to add this movie to a playlist.
0

Shirin is a young girl who has a traditional family and a fanatical and strict father. Uncle Shirin, who is the manager of an airline agency, usually tries to pull his father Haj Ibrahim Sarpolaki a little from his rigid position with the help of Shirin’s mother, and he succeeds in working for Shirin and allows Shirin to work for his agency. As soon as he enters the agency, a young American named David Howard is heartbroken to see Shirin, who has a face resembling David’s favorite Iranian miniatures. On the other hand, Haj Ibrahim’s rival in the carpet market also wants to provide the ground for his financial interests by connecting his son Mohi-ud-Din with Shirin, and when he learns of Shirin and David’s contacts, he informs Haji and he restricts Shirin for a while. But the uncle and mother-in-law satisfy Haji again, and when David comes to sweet courtship, Haji makes it clear to everyone: This wedding will take place if everything is Iranian. David becomes a Muslim and accepts even more drastic changes. But the subsequent conspiracies of Mohi-ud-Din and his father, who forge a bad record for David, put the wedding on the verge of collapse, and finally the wedding resumes when his purity and innocence are revealed to his uncle.

Be the first to review “Ezdevaj Be Sabke Irani” Cancel reply 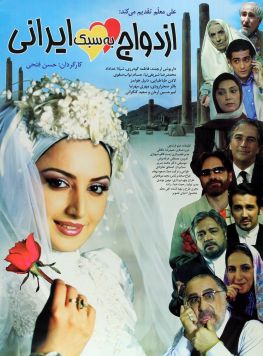