The protagonist of the film uses a chemical drug called acid and suffers from hallucinations as well as mental confusion and can not remember what happened to him in life and through those around him, and this situation leads to his conflicts with those around him. فیلم This film is narrated in 24 hours and is about a man who does not remember anything in a whole day. Hooman Sidi is one of those filmmakers who was born to make films. Now, in the meantime, he has appeared in several series and movies, which, ironically, have worked well and have helped to make him better known. Sidi has so far starred in acclaimed films such as “Barefoot in Paradise” and “I am Diego Maradona” (for which Simorgh Bloorin also won Best Supporting Actor at the 33rd Fajr Film Festival) and popular series such as “The Endless Road” and “Ta Soraya” has played a role and is known to most audiences as an actor. The director and screenwriter who has proved in these few works that he can be known as a talented and stylish young director who is not influenced by the mainstream of filmmaking and is not afraid to try new ways and take new paths. 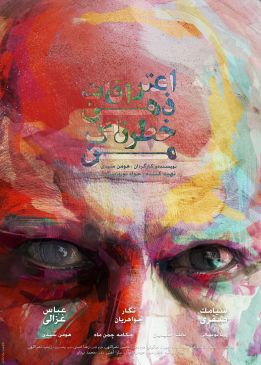