2019Theater
+ Playlist
Sign in to add this movie to a playlist.
0

It is the story of a mercenary criminal who goes to church to confess to a priest. The criminal killer, who had a bad childhood and has been harassed many times, staged a play starring himself and Ali Nasirian in the main hall of the Shahr Theater to avenge اب Shahab Hosseini after the end of the holy month of Ramadan in 1996. Confession is Shahab Hosseini’s second directing experience in the theater, and in addition to directing, he also plays the lead role alongside Ali Nasirian. The re-collaboration of Hosseini and Ali Nasirian after the successful experience of “Shahrzad” as well as Shahab Hosseini’s own name and brand led to a great response from the audience, and the work went so far that the news of one million tickets for this show could be heard on the black market. It was this unparalleled reception that left many of the theater’s enthusiasts and mainstream viewers behind closed doors.

Be the first to review “Eteraf Iranian Movie” Cancel reply 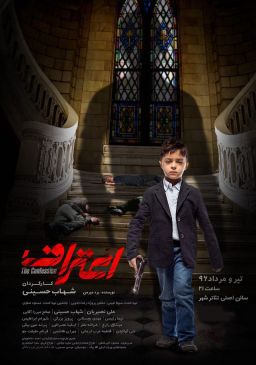