Extradition film: This film deals with the issue of seeking eleven tons of Iranian gold from the Soviet Union, which was to be given by the Soviet Union to Iran for debt from World War II, and is related to the period of 1332. The film is a historical drama about the events of World War II and the issues that brought Allied and Allied forces to Iran, and tells the story of compensation to Iran. Extradition has a fascinating story. A story that few filmmakers and producers take the risk of making, but this time with the help of government support, this story has been turned into a film and screened. Iran-Soviet relations in the post-World War II period is one of the most important moments in the history of our country, at least until now it has not been determined whether this relationship was useful or harmful! However, “extradition” went to the issue of receiving compensation from the Soviet Union; A subject I don’t think anyone has ever heard of!

Be the first to review “Esterdad” Cancel reply 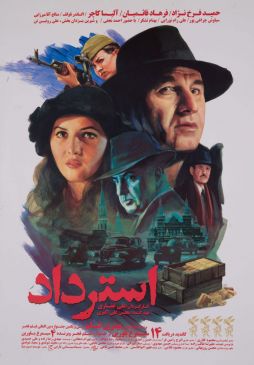