Estakhr is a social crime film directed by Ismail Fallahpour and produced in 2014. This film was distributed on July 30, 2014 by the Institute of Visual Media on the Home Theater Network. A wealthy middle-aged woman (Broufe) who owns a restaurant is married to someone (Khairabi) who is 10 years younger than her. Now, on the other hand, the niece of this woman comes to Iran after 13 years, and her arrival creates differences between them…. The other main elements of the film Pool are: Producer: Saeed Jahanian, Director of Photography: Morteza Poursamadi, Makeup Designer: Maryam Doosti, Sound Recordist: Omid Ghorbani, Production Manager: Rasoul Hatami, Costume Designer: Bahram Sarbazi, First Assistant Director and Program Riz: Nima Tabatabai, Photographer: Somayeh Miri.

Be the first to review “EstakhrIranian Movie” Cancel reply 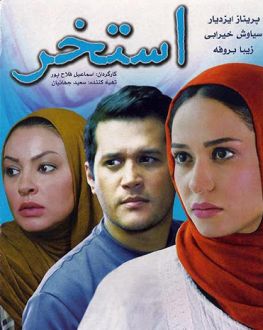