201889 minComedy, Khanevadegi
+ Playlist
Sign in to add this movie to a playlist.
0

Safe from these dating agencies… There is no definite story to be defined in “Ashqolans”, but in short, one can introduce a concept called “Ashqolans” which is about the acquaintance of men and women with each other and through this , Creates adventure! Mohsen Mahini, whose film “Ashgolans” is his first directing experience. In general, it can be said that there is no script in “Ashgolans”. The sub-stories are irrelevant to the main story and the main layout of the script is based on the ability of its actors to play! Strangely enough, the film can not even make its audience laugh by resorting to sarcasm and vulgarity. The jokes of the film have such a bad performance that it drives the audience away. “Ashgolans” takes a few minutes of his film seriously and begins to convey social messages to his audience. The strange decision of the creators that has nothing to do with the shape and form of the film! Akbar Abdi who does not need to be introduced. Ali Sadeghi, who has been a regular contributor to comedy over the past decade, is also a film actor. Sahar Qureshi, who has a similar situation to Ali Sadeghi in cinema, is another prominent actor in the film. Along with these actors, there are also people like Laia Zanganeh, Bahareh Afshari and Nima Shahrokh Shahi.

Be the first to review “Eshghoolans” Cancel reply 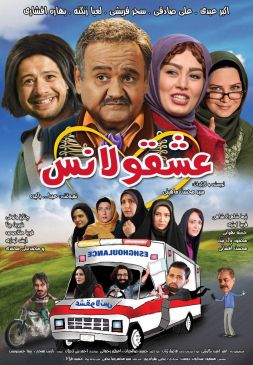