The film Love and Betrayal with the presence of Ali Ansarian is the story of a man named Reza who has betrayed his wife and has a secret relationship with a girl. This has affected his married life and caused things to happen to him. This film has a social theme and Deals with human relations and betrayal. The synopsis of the film, written by Hamid Soleimani, states: An antique salesman named Touraj Shahshahani inadvertently engages in a secret relationship while unaware of the future that…. The filming of “Love and Betrayal” took place in the winter of 1994 in Tehran. The behind-the-scenes agents of this project are: Designer and Director: Mohammad Abdizadeh, Moderator: Aqdas Aghapourian, Deputy Producer: Hossein Athami, Writer: Hamid Soleimani, Director of Photography: Abbas Asgari, Director of Recording: Ali Zolfaghari, Director of Planning: Shahin Abdizadeh , First Assistant Director: Shervineh Didandeh, Costume Designer: Shideh Kurdistani, Production Manager: Shahram Mirsamzadeh, Costume Designer: 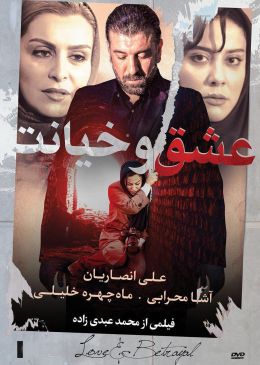