Eshgh Taher: A girl named Sahar comes to Tehran to find her father, Engineer Minoei, after the death of her mother, Firoozeh, who was once a famous singer, and searches with her friend Parvaneh. The only clue he gets is a man named Tahir, who was once his father’s servant and now has an organization and works in a room. Sahar goes to see Tahir and Tahir explains to him that with the beginning of the revolution, Firoozeh went abroad. He also promises Sahar that his father will find him and obtains Sahar’s passport and identity card so that he can represent him. Some time later, Sahar attends a party held in his honor at Taher’s invitation. Sahar comes to the party in the white dress that Tahir sent her and soon realizes that all the guests are men. A drunken man called “Ferty” tells the story of Turquoise. Sahar leaves the parliament unhappy and goes to his friend Parvaneh. Navid, Parvaneh’s niece, who is in love with Sahar, goes to Taher and after introducing herself as Sahar’s fiancé, asks him to return Sahar’s identity card, but Taher proves to her that Sahar is his legal wife. And he has even obtained the consent of Sahar’s father.

Be the first to review “Eshghe Taher” Cancel reply 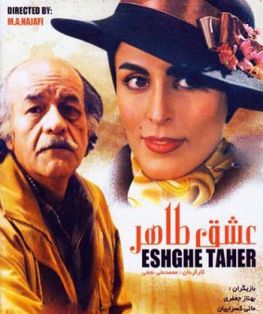