201989 minComedy, Khanevadegi
+ Playlist
Sign in to add this movie to a playlist.
0

Hormoz Etemadi is a greedy old man who suffers from a strange and unknown disease, he suddenly bends his back and does not straighten. This causes funny events and funny challenges in the film and… About the director: Shahrooz Aghaeipour is documenting the project (behind the scenes filmmaker) of Iranian cinema and television. One of the most important works of Shahrooz Aghaeipour is his activity in the film Heartbroken. In 2008, he spent a period of hard work in the field of cinema and television, and his most important work in the acting profession was the film Bomb; It was a romance directed by Peyman Maadi. The movie “Love of Money” was produced in 1398 for TV and home theater network.

Be the first to review “Eshghe Pool” Cancel reply 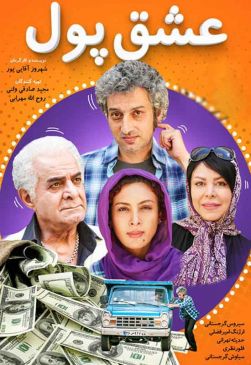