Love and Madness: After 30 years of an incident that is just a simple misunderstanding, Bayram comes to Tehran with an old pistol to take revenge on someone and kill him. In the meantime, he meets two young people and is confronted with their romantic, innocent and pure life, but he makes them bitter because of his evil thoughts, and… Hassan’s third film, “Love and Madness”. Najafi has been screened as the head of the Zandegi Cinema since June 27 This social film deals with the confrontation of two generations in love. Saeed Rad, Pouria Poursorkh and Bahareh Afshari are the main actors of “Love and Madness”. Hassan Najafi’s fourth film called “Sharafnaz” participated in the competition section of the 33rd Fajr Film Festival.

Be the first to review “Eshgh Va Jonoon” Cancel reply 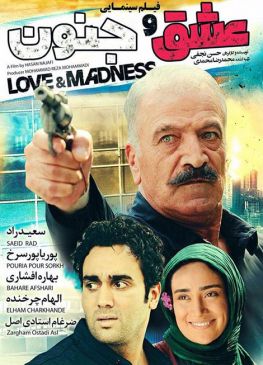