201790 minEjtemaei, Khanevadegi
+ Playlist
Sign in to add this movie to a playlist.
0

Final exam: Farhad (Shahab Hosseini) is in the role of a math teacher who goes to the house of one of his students named Saeed to teach privately and this part of the movie begins with Farhad getting acquainted with Saeed’s mother, which leads to their marriage. But due to his bad and sensitive age, Saeed can not accept Farhad as his stepfather, who, with the help of his friend Gholam, decides to commit abusive acts against their teacher, which eventually leads to ع .. Adel Yaraghi, born in 1346 and educated in the United States. He learned filmmaking from Kiarostami’s workshops and screenwriting from Nasser Taghvaei. Adel Yaraghi’s latest work, “The Final Exam”, is the second and unfortunately the last collaboration between a student and a teacher. The script of the script, such as “Introduction to Leila”, was written by Abbas Kiarostami, and again, like the previous work, the script was written by Abbas Kiarostami with the help of Adel Yaraghi. The “Final Exam” has all the elements of a pure Kiarostami film.

Be the first to review “Emtehane Nahai” Cancel reply 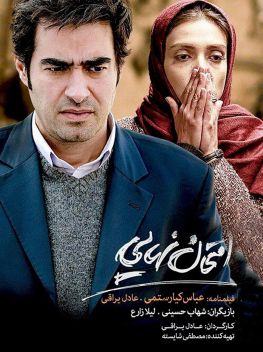