Today: Younes (Parviz Parastavi) is a taxi driver. At the very beginning of the film, he takes a blindfolded passenger out of his car when he speaks on the phone. When he stops for lunch, an unaware pregnant woman in a tent takes a taxi and Younes takes him to the hospital. A woman named Sedigheh Azizi (Soheila Golestani) asks him to be present at the reception so that they do not think she is alone. Younes also obeys. The hospital staff considers her a woman’s husband, although she is completely silent and does not say anything. But Ms. Majd (Shabnam Moghaddami), the hospital supervisor, understands the story to some extent. Younes will stay in the hospital until tomorrow morning…. Winner of Audience Award, Best Film Award and Best Actor Award at the Robat International Film Festival

Be the first to review “EmrouzIranian Movie” Cancel reply 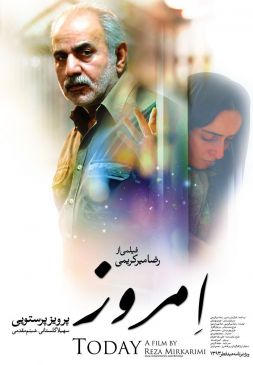