2016101minDrama, Ejtemaei, Romance
+ Playlist
Sign in to add this movie to a playlist.
0

The possibility of Mina movie: In the summary of the story of the movie that takes place in the 60’s and during the revolution, it is stated: The movie tells the story of a couple in the days of Tehran’s rain rocket. A husband named Mehran, played by Milad Ki Maram, is a newspaper reporter and is committed to his work. A woman named Mina, played by Mina Sadati, is a spy for the Mojahedin Khalq Organization. Mina sends her husband’s confidential news and information to the Mojahedin. The film “The Possibility of Mina” participated in the Simorgh Soda section of the 34th Fajr Film Festival. This Crystal Simorgh film received the best make-up (Saeed Malekan) and the best soundtrack (Mohammad Reza Aligholi) and in the categories of best costume design (Behzad Kazazi), best editing (Mohammad Reza Moeini and Hoda Moeini), best cinematography (Farshad Mohammadi), Best Actress (Mina Sadati), Best Director (Kamal Tabrizi), Best Screenplay (Farhad Tohidi and Morteza Isfahani) and Best Film was nominated for Crystal Simorgh at Fajr Festival.

Be the first to review “Emkan Mina” Cancel reply 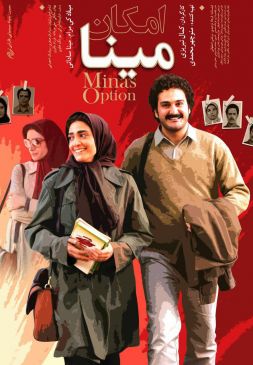