Expelled: Majid from the thugs in the south of Tehran falls in love with an old mystical man named Mirza. Mirza considers the condition of Majid and his daughter to get married to him. Majid lies and tricks to reach Narges, but his plan is revealed. On his way, Majid feels that there is a rival who is one of the children of the front, and in order not to fall behind him, he goes to the front with his novices, rather than Masouddeh Namaki, who has been appointed to Extremist groups were known for their two documentary films Poverty and Prostitution and Which Independence? Which victory? And with the controversy he caused at the end of the Fajr Film Festival, he showed that he is very noisy in the field of cinema as well as in the field of politics.

Be the first to review “Ekhrajiha” Cancel reply 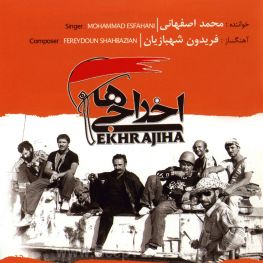