2009Comedy, Ghadimi
+ Playlist
Sign in to add this movie to a playlist.
0

Extremists: In the summary of this story, Nasser is imprisoned for murder. In prison, he meets Taqi, Frey, Houshang and Heshmat. Houshang is trying to escape from prison, and the film ها Extremists uses an army of comedians and comedians who have a special place among the common people and even the properties. Putting the names of these actors together, especially actors such as Akbar Abdi and Reza Shafiee Jam, who have defensible works in their artistic careers and have shone brightly in many of their films, makes anyone subconsciously encouraged to see this film. When the young boy is wandering in Isfahan, he notices a woman whose car has broken down and he opens his car in the hood and is moving towards it (the young boy sees this scene from a long shot). The boy comes to the woman and wants to see her. Help that we suddenly see the woman sitting in the car and locked in the hood and the boy asks the woman to open the hood so that he can repair his car.

Be the first to review “EfratihaIranian Movie” Cancel reply 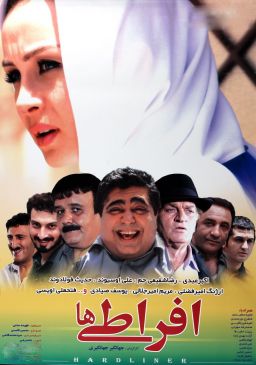