Friends: Siamak, who had been imprisoned for several years for a conspiracy to embezzle Mr. Kabiri, is released and welcomed by his sister Bloor, who lives with his young daughter Maryam. کار About Director: Ali Shahohatami, Director of Iranian Cinema and Television Is. Among the most important works of Ali Shahhatami, we can mention directing the serial Khoshkarkab, the serial Khosh Ghairat and the serial A Positive = + o. Ali Shahhatami started his professional career in cinema and in 1988 he worked as a director in the film Godal. Although the success of this work was not more than his next landmark works such as Khoshorkab series, but it is a good experience for Ali Shahhatami and he experienced collaboration with artists such as Hafez Mohammadi, Ali Yazdani, Mohsen Saberi and Ahmad Heidari. Ali Shahohatami spent a period of hard work in the field of cinema and television in 2002 and has been involved in the production of important works.

Be the first to review “Dustan Iranian Movie” Cancel reply 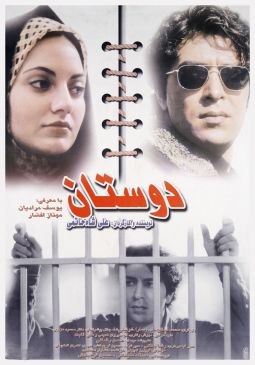