2018Comedy, Khanevadegi, Teenage
+ Playlist
Sign in to add this movie to a playlist.
0

Thief and Fairy 2: tells the story of the strange adventures of a father who somehow assumes himself a scientist. He claims to have invented pills for the rapid growth and activity of children. The story begins where two thieves kidnap children and these miraculous pills cause interesting and funny events in the film. The movie Thief and Fairy 2 is an exciting and fascinating film directed by Hossein Qanat, which after its success in the field of children and After Thieves and Fairies 1 and the little heroes, this time the teenager will be your guest in the houses with a new series. The film went on the screens of Iranian cinemas on January 26 last year and sold nearly 1,746,053,000 copies. Other factors: Director of Photography: Ahmad Ahmadi, Voice: Ahmad Salehi, Editor: Priya Parvinnia, Costume Designer: Shirin Pouriaei, Makeup Designer: Babak Shoaei, Composer: Babak Badpa, Production Manager: Hashem Ali Akbari, Photographer: Davood Tahmasebi , First Assistant Director and Planner:

Be the first to review “Dozdo Pari2” Cancel reply 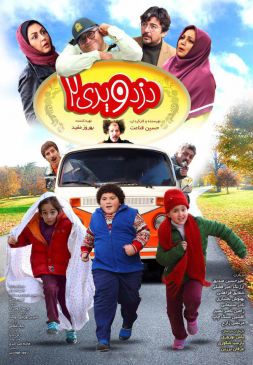