The summary of the story of the movie “The Enemy of Women” reads: “Why does everything that the enemy of women comes out of the water after a while and becomes a staunch defender of women’s rights?” To find a positive point in the “female enemy” one must be extremely optimistic and lower the level of expectations, but even in these circumstances it is impossible to find a positive point. The comedy platform of the film is based on comic situations nicknamed “Egg Shoulders” and has no cinematic format at all! The characters are more than just a caricature; Sometimes we think that the director intended to joke with the cinema by portraying them! The film has no body. Sometimes he goes to a restaurant and for a few minutes he catches the audience singing, and sometimes he shouts, and sometimes he turns upside down, and sometimes he thinks. In the world of the “female enemy”, no one and nothing is in its place. Javad Yasari, whose first moment in the film is like the music video for “Dirty Diana” by Michael Jackson!

Be the first to review “Doshmane Zan” Cancel reply 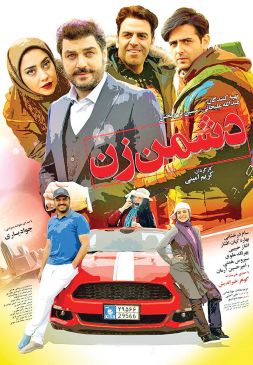