The romantic era is a family drama that takes place in a social context of the day. The film is about the life of a female lawyer named Bita (Leila Hatami) who is skilled in her work and accepts most divorce cases. His wife Hamid (Shahab Hosseini) works in a large company and because of his job he meets Mitra (Mina Vahid) who has just come from abroad and marries her. Mitra is pregnant with Hamid, but Hamid does not accept this and believes that she has had a vasectomy for a long time and denies everything. Read more Summary (Spoiler): Mitra’s uncle, who has a lot of credibility and power, is informed of the situation and threatens Hamid that he should divorce his wife and live with Mitra, and introduces Mitra to Bita to put pressure on Hamid. To represent him. Mitra is informed of this and refuses to accept the case, and Hamid is waiting for Bita’s decision to continue living.

Be the first to review “Doran Asheghi” Cancel reply 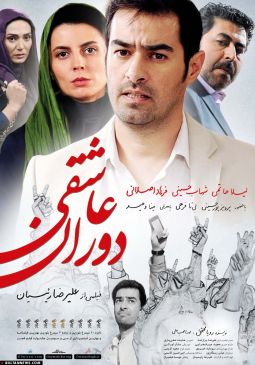