The film The Devil’s Daughter One of the devil’s daughters (Jackie Shrove) named Lubini (Isha Gupta) does not decide to follow in her father’s footsteps and confront God and enmity with man and repents. God makes a condition for accepting his repentance, his condition is to prostrate to one of the most pure human beings in the world. He needs help to do this, so he goes to a person named Farhad (Hamid Farkhonejad) and asks him for help to find a pure human being… This film is a joint production of Iranian and Bollywood cinema, Sono Nigam and Arjit Singh The singer is 2 of the 6 songs in this movie. Parts of the film, which included forty-five filming sessions, were shot in Mumbai, India. 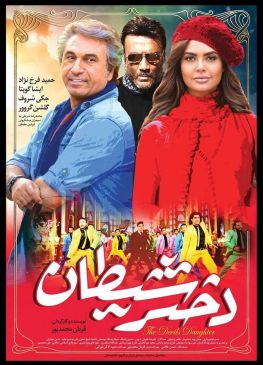