201187 minComedy, Khanevadegi
+ Playlist
Sign in to add this movie to a playlist.
0

A rich man in an accident enters the house of a thief girl who had previously stolen his watch in the subway and realizes that the girl and her family hate him personally and because the man likes the girl, he puts himself in another place and gets into trouble. At first glance, the simultaneous release of the films “King Prion’s Daughter” and “Forbidden Gentlemen” may not seem strange, but what can not be deduced is the joint presence of the young Rambod in these two film projects, in the former as an actor and He is present in the latter as a director, while the two films have nothing to do with each other and do not meet at any point in common. The movie “King Prion Girl” with a repetitive and boring story and a group of inappropriate actors who do not use these roles at all and with the same negligence and confusion that occurs in the production of such films, continues the same box office comedies that are worthless and worthless. Fortunately, their generation is on the verge of extinction.

Be the first to review “Dokhtar Shah Parion” Cancel reply 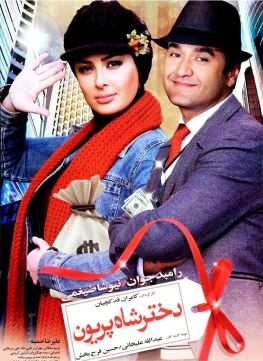