200295 minEjtemaei, Ghadimi
+ Playlist
Sign in to add this movie to a playlist.
0

In the summary of the story of the Iranian girl, Maryam (Hedyeh Tehrani), who is an independent and self-reliant girl, takes over the management of her sculpture workshop after her father retires. She refuses to get married despite her many suitors, but her niece, Naghmeh, becomes depressed because she has no suitor and commits suicide, which saves her. When Maryam finds out about the critical situation of Naghmeh, she tells her uncle that she should propose to her daughter. Maryam’s career causes great controversy in the family and she decides to go to a formal courtship to satisfy her uncle. In the meantime, the best option is to propose to a boy named Ali (Amin Hayaei) nicknamed “Ali Fereshteh” and “Ali Shoti” who works in Maryam’s workshop. In the middle of a fake courtship, the story is revealed and the uncle angrily leaves the parliament with his daughter. …. 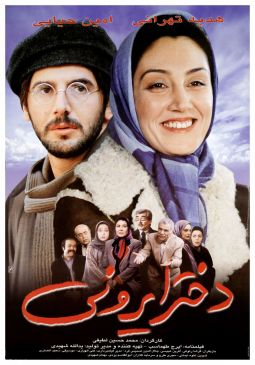